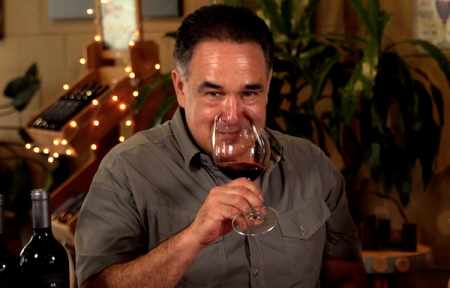 From a young age, Michael learned the value and reward of working the land. Born and raised on a southern Colorado ranch ingrained in him the value of hard work, tending to the land and the rewards that come from them. Additionally, the knowledge on how to cultivate and grow crops during the course of his upbringing on the ranch prepared him for cultivating grapes and the process of winemaking.

Michael discovered his passion for winemaking in the early 1980s during a spring break from his college studies as an engineer. On a road trip to California, he stayed with a family friend who had a small winery in Napa Valley. It was a life-changing visit, as Michael began to work alongside Jim Allen and his brother Steve in the planting of Sequoia Grove’s vineyard on the Rutherford Bench.  Working in the wine cellar and assisting Jim with the winemaking, Michael became captivated with the wine industry.

Michael furthered his wine education at UC Davis and Napa College to hone in on the science side of winemaking. His greatest joy and understanding around the art of winemaking came from working alongside the legendary André Tchelistcheff.  The winemaking wisdom and influence Michael obtained from André is beautifully reflected in his Trujillo Wines today.

Michael has been associated with many successful wine brands and labels over the past three decades. Currently, he is the President and Director of Winemaking with Sequoia Grove Winery. Most notably, Karl Lawrence Cellars, which Michael founded in 1991 and made the wines up to the 2010 vintage. With his inaugural 2011 vintage, Michael solely launched Trujillo Wines. The Trujillo Cabernet Sauvignon is the realization of Michael’s history, knowledge and experience, combining his keen love of the vineyard together with more than 36 years of winemaking proficiency.

Trujillo Wines is and will be my greatest passion going forward. I welcome you to my journey.

Find a limited selection of Trujillo Wines for a limited time on Cellar Angels to help raise funds for charity.

TAGS: Napa ValleyTrujillo Wineswinemaking
Previous Blog Posts
2014 Inspiration Vineyards Harvest Report
2017 Napa Vintage Update | Winemaker Keith Webster
5 Wine Tasting Party Ideas
5 Women Owned Wineries and Female Winemakers To Support Right Now on Cellar Angels
9 Things That Must Be Listed On Wine Labels, According To Law
We use cookies on our website to give you the most relevant experience by remembering your preferences and repeat visits. By clicking “Accept”, you consent to the use of ALL the cookies.
Do not sell my personal information.
Cookie SettingsAccept
Manage consent
Privacy Overview:
This website uses cookies to improve your experience while you navigate through the website. Out of these, the cookies that are categorized as necessary are stored on your browser as they are essential for the working of basic functionalities of the website. We also use third-party cookies that help us analyze and understand how you use this website. These cookies will be stored in your browser only with your consent. You also have the option to opt-out of these cookies. But opting out of some of these cookies may affect your browsing experience.
Necessary Always Enabled
Necessary cookies are absolutely essential for the website to function properly. These cookies ensure basic functionalities and security features of the website, anonymously.
Functional
Functional cookies help to perform certain functionalities like sharing the content of the website on social media platforms, collect feedbacks, and other third-party features.
Performance
Performance cookies are used to understand and analyze the key performance indexes of the website which helps in delivering a better user experience for the visitors.
Analytics
Analytical cookies are used to understand how visitors interact with the website. These cookies help provide information on metrics the number of visitors, bounce rate, traffic source, etc.
Advertisement
Advertisement cookies are used to provide visitors with relevant ads and marketing campaigns. These cookies track visitors across websites and collect information to provide customized ads.
Others
Other uncategorized cookies are those that are being analyzed and have not been classified into a category as yet.
SAVE & ACCEPT
Powered by