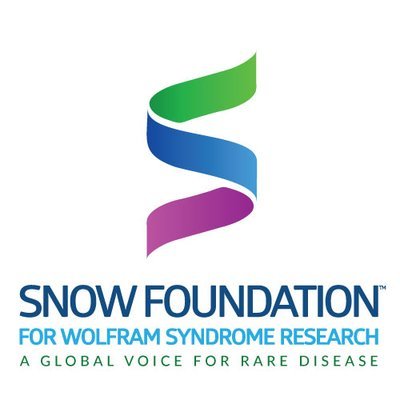 Wolfram syndrome is a rare disease that presents itself as juvenile diabetes that results in the degradation of the nerve cells in the eyes, ears and brain and in 60% of the cases, causes death before the patient’s 30th birthday.The Jack and J.T. Snow Scientific Research Foundation began as the Jack and J.T. Snow Fund at Washington University School of Medicine in late 2010. The Fund has now evolved into the Foundation, sharing the same mission, to raise awareness of and funding for research that one day will stop the progression of Wolfram syndrome. The Snow Foundation still supports research being done at the Washington University School of Medicine in St. Louis (WUSM), in addition to research that is being conducted in France, Denmark, Spain, Great Britain and Estonia. The Foundation also provides support for the patients and families that are dealing with Wolfram syndrome. The Snow family and the Foundation have, in a very short time, raised significant funds and awareness about this syndrome, in the hopes of one day providing critical information that will be used to halt the progression of juvenile onset diabetes.

Support The Snow Foundation with proceeds from every wine purchase you make on Cellar Angels.

I want to support this cause
We use cookies on our website to give you the most relevant experience by remembering your preferences and repeat visits. By clicking “Accept”, you consent to the use of ALL the cookies.
Do not sell my personal information.
Cookie SettingsAccept
Manage consent
Privacy Overview:
This website uses cookies to improve your experience while you navigate through the website. Out of these, the cookies that are categorized as necessary are stored on your browser as they are essential for the working of basic functionalities of the website. We also use third-party cookies that help us analyze and understand how you use this website. These cookies will be stored in your browser only with your consent. You also have the option to opt-out of these cookies. But opting out of some of these cookies may affect your browsing experience.
Necessary Always Enabled
Necessary cookies are absolutely essential for the website to function properly. These cookies ensure basic functionalities and security features of the website, anonymously.
Functional
Functional cookies help to perform certain functionalities like sharing the content of the website on social media platforms, collect feedbacks, and other third-party features.
Performance
Performance cookies are used to understand and analyze the key performance indexes of the website which helps in delivering a better user experience for the visitors.
Analytics
Analytical cookies are used to understand how visitors interact with the website. These cookies help provide information on metrics the number of visitors, bounce rate, traffic source, etc.
Advertisement
Advertisement cookies are used to provide visitors with relevant ads and marketing campaigns. These cookies track visitors across websites and collect information to provide customized ads.
Others
Other uncategorized cookies are those that are being analyzed and have not been classified into a category as yet.
SAVE & ACCEPT
Powered by