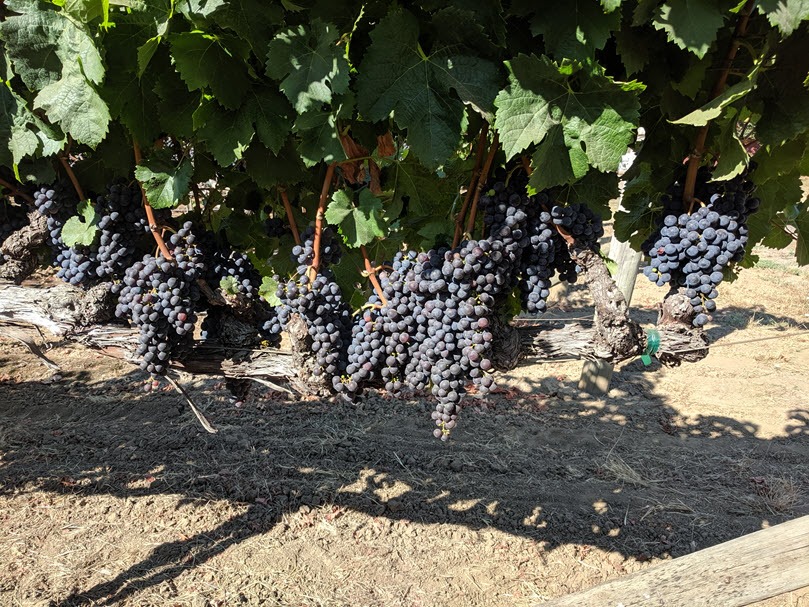 Merlot is a red wine grape varietal that is thought to have derived its name from merle”—French for young blackbird—most likely in reference to the color of the grape. Merlot is used as both a single varietal wine and a varietal for blending—along with its natural companion, Cabernet Sauvignon, and smaller percentages of other possible varietals such as Cabernet Franc, Petit Verdot, and Malbec. Merlot is considered a great complement to Cabernet Sauvignon as it works to aid in softening some of Cab’s tannins while contributing greater fruit qualities (sometimes referred to as “fleshiness”), therefore making the wine a bit more approachable and adding a dimension of complexity at the same time.

Merlot generally contains medium acidity and tannin. Merlot-based wines usually maintain a medium to medium plus body, though can approach full body with a higher percentage of Cabernet Sauvignon in the blend.

Merlot is one of the primary grapes used in the blended red wines from Bordeaux, France. It maintains the reputation of being their most widely planted varietal grown throughout the region. Merlot dominated wines can also be found largely throughout Washington state (Columbia Valley), California’s Sonoma County (Dry Creek Valley) and Napa Valley, Chile, and northeast Italy’s Friuli- Venezia region.