– Aged for 30 months in 5% new and 95% seasoned French oak barrels, then in bottle for 6 months prior to release.

No events at this time.
Angel Bonus Offer

Not included with this wine. 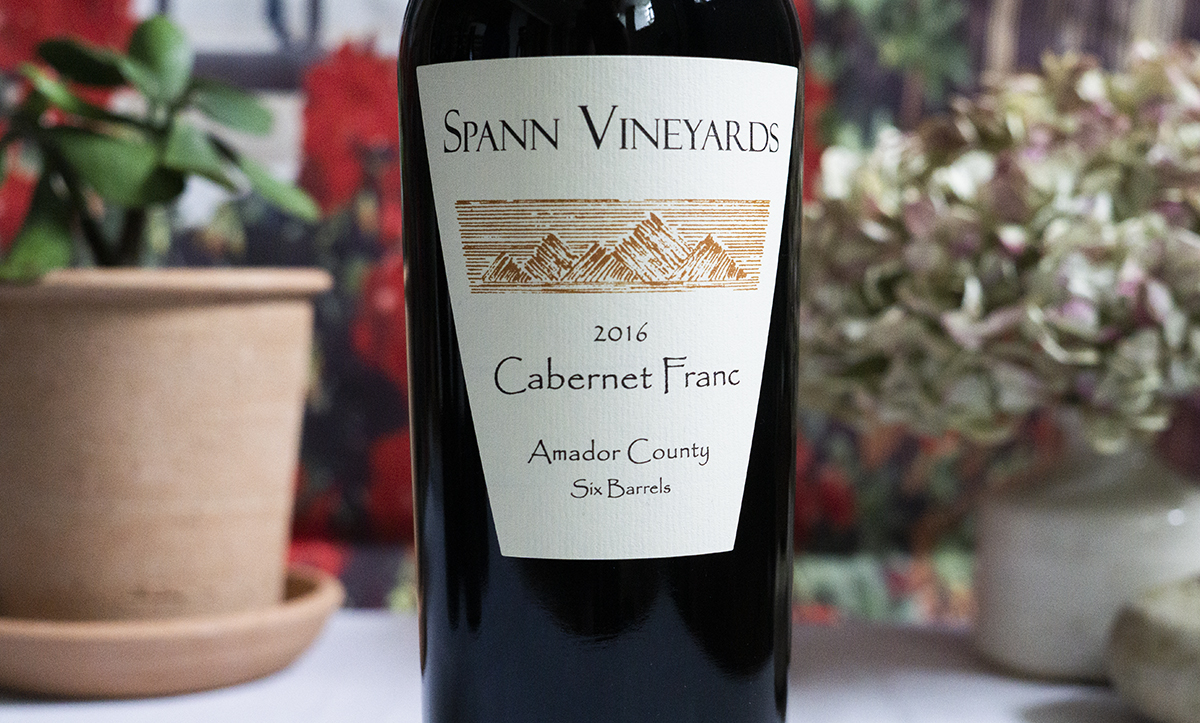 Betsy’s love of wine was fostered by a move to Bordeaux with her family in 1975 where she explored the wines and cheeses of southwestern France.  After returning to California to attend college she went to work in a small wine shop where her interest grew and she opened her own boutique wine store. She then sold the shop and moved to Dry Creek Valley where she helped with the startup of Lake Sonoma Winery, working both in the vineyards and in wine production. 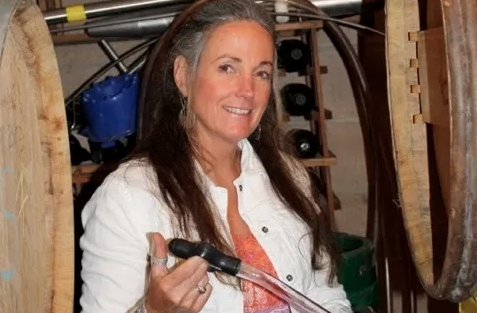 Betsy’s continued interest in European wines led her to Dallas, Texas to join the fine wine team of a large importing company.  This is where she met Peter, who charmed her with a keen sense of wine and an amazing wine cellar.  They fell in love, and married on one condition: that they would ultimately move back to her beloved California.  When they moved they decided to buy a vineyard and sell the grapes but when it came time to do so they decided to take the plunge and make their own wines instead.

Their experience with the wines of great producers around the world over the past 40 years has been invaluable. Peter and Betsy take the best ideas and techniques they’ve learned from European and California winemakers and apply them to their own wines.

They strive to create food-friendly, unique wines that are memorable and blend seamlessly into the occasion. Memorable in their purity, authenticity, distinctiveness, and enjoyment, seamless in how they integrate into the setting, whether it be with friends on the patio or accompanying a formal dinner. Whatever the time or place, Spann Vineyards will linger pleasurably on your palate and in your memory. 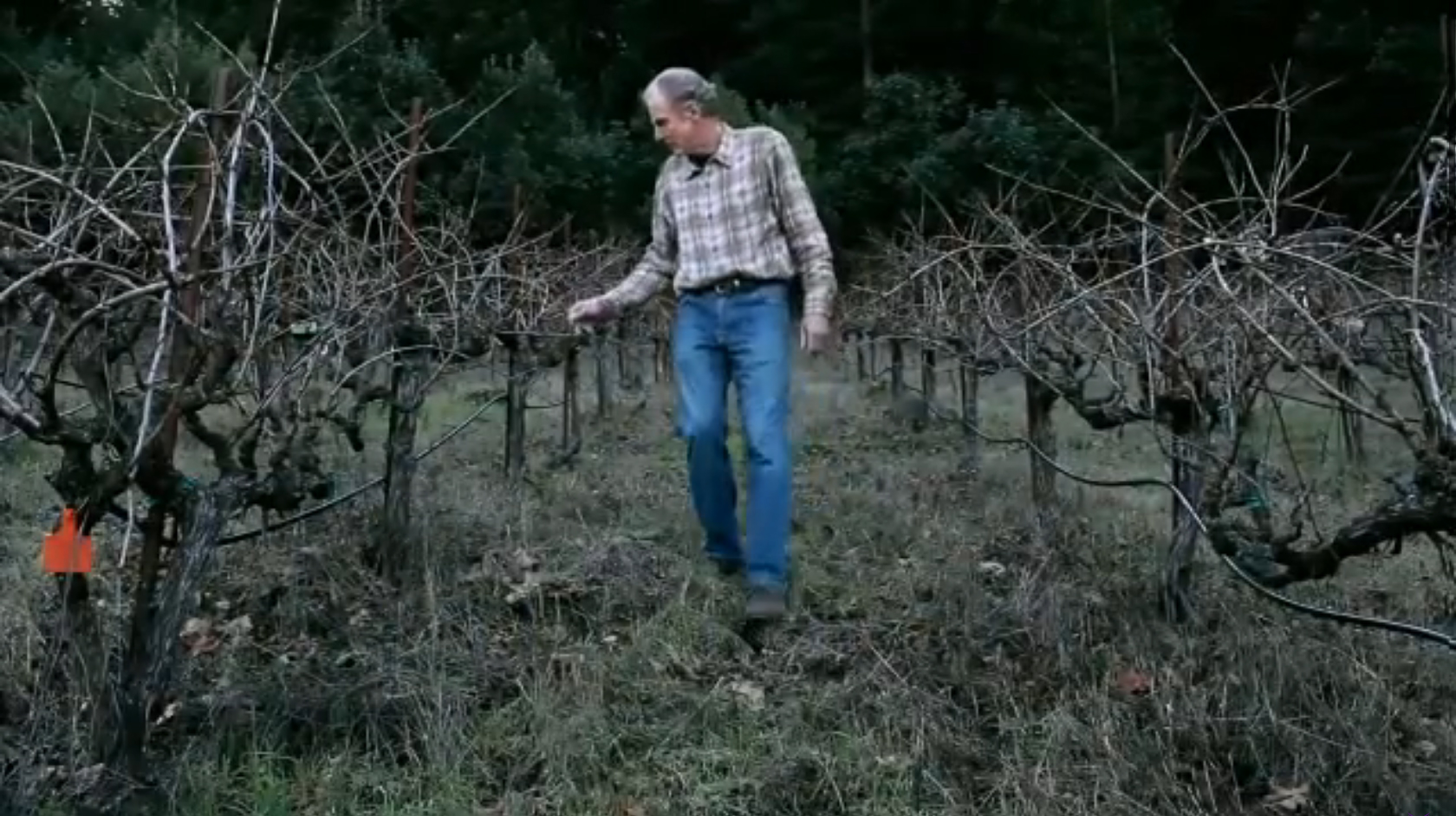 About the Winery
Spann Vineyards
Nestled among the majestic coastal redwoods of the Mayacamas Mountains, the steeply terraced mountainside vineyard yields small amounts of richly flavored Cabernet Sauvignon, Cabernet Franc, Merlot, Malbec and Sangiovese grapes. From this and select cool-climate vineyards throughout Sonoma County, Betsy and Peter Spann craft very limited quantities of European-style blended wines, strongly influenced by their admiration of Bordeaux, the Rhone Valley and Tuscany.
Learn more
Wine club members gain exclusive access to our private virtual concierge. Join the Club
We use cookies on our website to give you the most relevant experience by remembering your preferences and repeat visits. By clicking “Accept”, you consent to the use of ALL the cookies.
Do not sell my personal information.
Cookie SettingsAccept
Manage consent
Privacy Overview:
This website uses cookies to improve your experience while you navigate through the website. Out of these, the cookies that are categorized as necessary are stored on your browser as they are essential for the working of basic functionalities of the website. We also use third-party cookies that help us analyze and understand how you use this website. These cookies will be stored in your browser only with your consent. You also have the option to opt-out of these cookies. But opting out of some of these cookies may affect your browsing experience.
Necessary Always Enabled
Necessary cookies are absolutely essential for the website to function properly. These cookies ensure basic functionalities and security features of the website, anonymously.
Functional
Functional cookies help to perform certain functionalities like sharing the content of the website on social media platforms, collect feedbacks, and other third-party features.
Performance
Performance cookies are used to understand and analyze the key performance indexes of the website which helps in delivering a better user experience for the visitors.
Analytics
Analytical cookies are used to understand how visitors interact with the website. These cookies help provide information on metrics the number of visitors, bounce rate, traffic source, etc.
Advertisement
Advertisement cookies are used to provide visitors with relevant ads and marketing campaigns. These cookies track visitors across websites and collect information to provide customized ads.
Others
Other uncategorized cookies are those that are being analyzed and have not been classified into a category as yet.
SAVE & ACCEPT
Powered by