Located against the Sonoma Mountain ridge, the higher elevation of this Bennett Valley vineyard has different fog patterns, which allows for evenly ripened fruit. It is a steep vineyard promoting water run-off, resulting in smaller berries and more intense flavors in the wine.


The vineyard was harvested in late September. The juice was on the skins for 18 days during fermentation prior to being pressed off to tank to begin malolactic fermentation. The wine was racked to 100% French oak barrels before aging for 14 months and bottling unfiltered and unfined.

No events at this time. 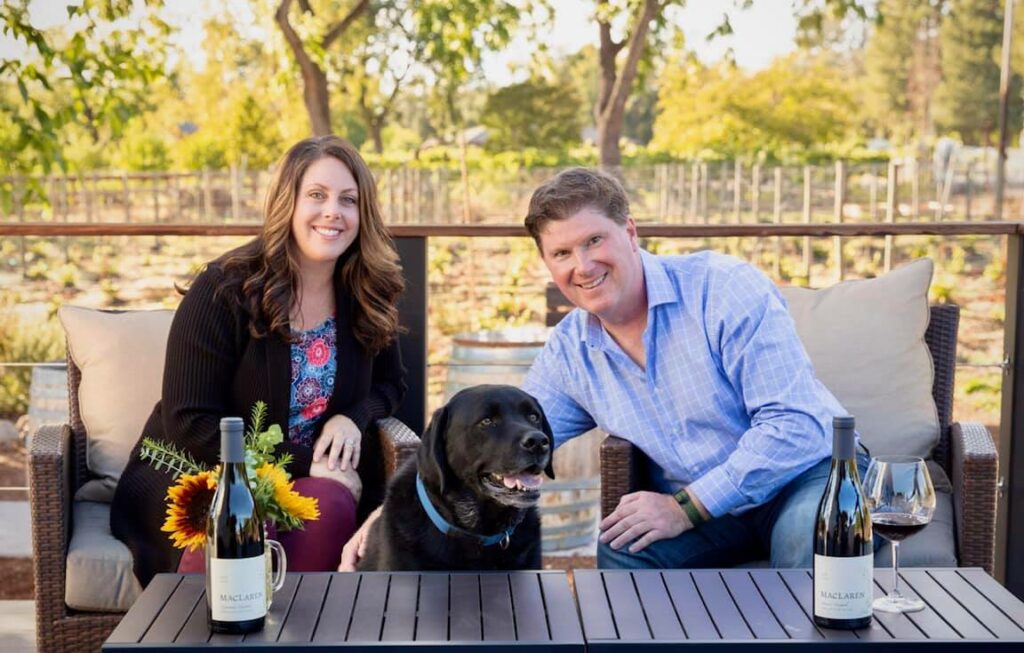 A native Scot, Steve Law followed a wine-lover’s path early on. It took him from Paris, where he began a tech career in his 20s, to many important points on France’s wine map, including Burgundy, Bordeaux, the Loire Valley, and Provence. But it was his wine-tasting forays in the northern Rhône Valley, just south of Lyon, that resulted in Steve’s obsession with Syrah—particularly the sought-after wines of Saint-Joseph and Côte-Rôtie.

One of the Rhône’s most highly respected vignerons, Yves Cuilleron, inspired and befriended him, offering valuable advice during his “newbie” winemaker days. Subsequently, Michael Talty in Dry Creek Valley gave Steve his first winery job in 2006, which led to the debut MacLaren Syrah getting vinified in Talty’s cellar in 2007.

When Steve and his wife (and winemaking muse), Heather, bottled that first wine—an ’07 Dry Creek Valley Syrah—they had their fingers crossed for success with this new endeavor while being realistic about its challenges. They were attaching their name (their Scottish clan’s name, anyway) to an artisan wine project they were passionate about, but with an inexact sense of where a Sonoma County wine brand not based on Pinot Noir, Cabernet, or Zinfandel would find acceptance among wine enthusiasts.

A dozen vintages later, access to fruit from such vineyards has enabled MacLaren Wines to create space for itself among California’s best producers of Syrah—along with its white Rhône counterpart, Viognier. Two other varieties, Sauvignon Blanc and Pinot Noir, round out the current portfolio of wines. But it’s through Steve’s single-vineyard Syrahs that his and Heather’s friends and customers have come to understand the “why” of cool-climate Syrah in Sonoma County. 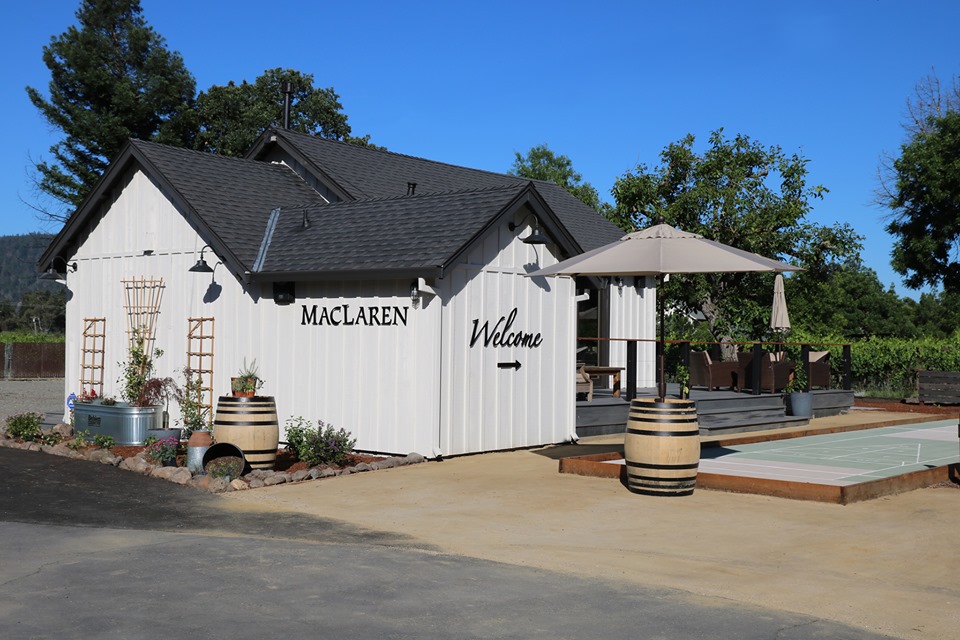 About the Winery
MacLaren Wine
MacLaren Wine is a boutique winery producing cool-climate wines from extraordinary Sonoma County vineyards. Approachable and elegant, the French inspired wines are food friendly and meant to be shared with friends and family. Scottish native Steve Law leads the winemaking at MacLaren Wine and is one of the best Syrah and Viognier producers in Sonoma.
Learn more
Wine club members gain exclusive access to our private virtual concierge. Join the Club
We use cookies on our website to give you the most relevant experience by remembering your preferences and repeat visits. By clicking “Accept”, you consent to the use of ALL the cookies.
Do not sell my personal information.
Cookie SettingsAccept
Manage consent
Privacy Overview:
This website uses cookies to improve your experience while you navigate through the website. Out of these, the cookies that are categorized as necessary are stored on your browser as they are essential for the working of basic functionalities of the website. We also use third-party cookies that help us analyze and understand how you use this website. These cookies will be stored in your browser only with your consent. You also have the option to opt-out of these cookies. But opting out of some of these cookies may affect your browsing experience.
Necessary Always Enabled
Necessary cookies are absolutely essential for the website to function properly. These cookies ensure basic functionalities and security features of the website, anonymously.
Functional
Functional cookies help to perform certain functionalities like sharing the content of the website on social media platforms, collect feedbacks, and other third-party features.
Performance
Performance cookies are used to understand and analyze the key performance indexes of the website which helps in delivering a better user experience for the visitors.
Analytics
Analytical cookies are used to understand how visitors interact with the website. These cookies help provide information on metrics the number of visitors, bounce rate, traffic source, etc.
Advertisement
Advertisement cookies are used to provide visitors with relevant ads and marketing campaigns. These cookies track visitors across websites and collect information to provide customized ads.
Others
Other uncategorized cookies are those that are being analyzed and have not been classified into a category as yet.
SAVE & ACCEPT
Powered by