Winemaker's Tasting Notes
After almost 2 years in barrel, this wine has a rich garnet color, and classic Cabernet aromas with leather, cocoa, cherry and spice. With touches of chestnut and nutmeg, it comes off clean. Consistent with flavors that continue the aromatics with ample tannin and body to age beyond the next decade, but delightful now with anything barbequed and rick after decanting to add oxygen to allow it to open up. An authentic hand produced, fruit driven Napa Valley Cabernet Sauvignon.
Composition

No events at this time. 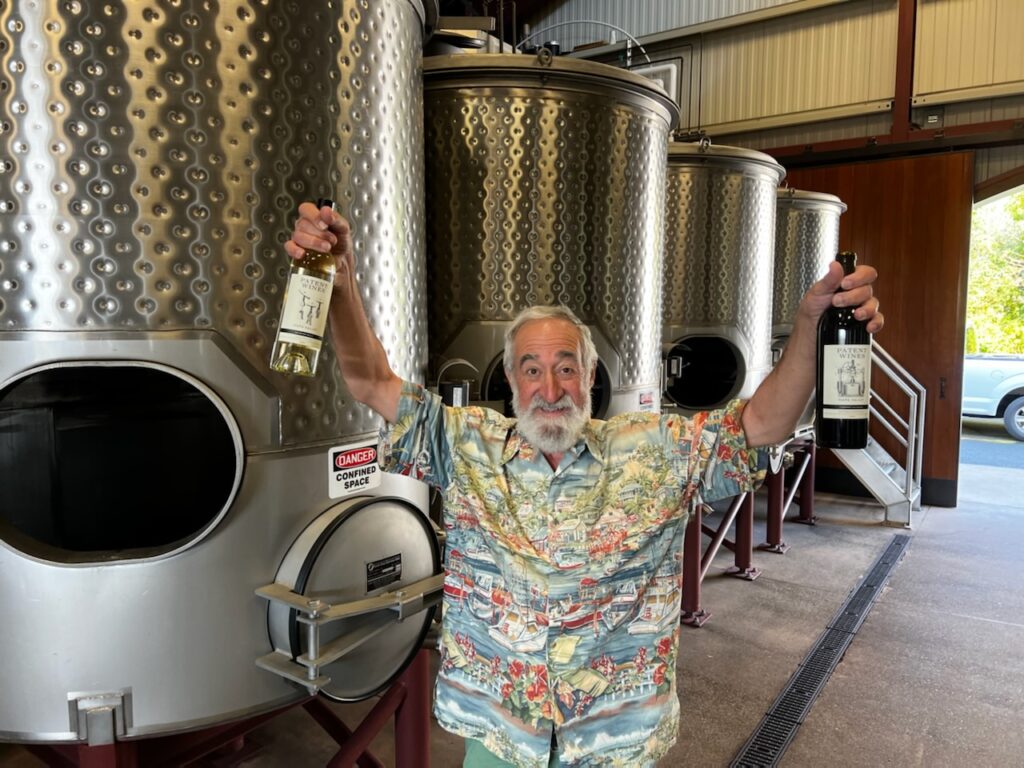 Raised in San Francisco, Tom made frequent trips to Napa on his motorcycle, buying wines directly from the wineries of the day. After four years in the Navy, Tom enrolled at UC Davis along with notable classmates Mike Martini, Tim Mondavi, Randy Dunn, and Bob Levy.

Tom’s career began at Freemark Abbey, an experience he calls “a great job, and a great honor.” In 1978, Tom became the founding winemaker at Duckhorn Vineyards. After 22 vintages of creating some of Napa’s most celebrated wines, Tom continued to build many wineries from the ground up, notably Pellet Estate, Provenance Vineyards and Hewitt . Tom’s 2010 Hewitt Vineyard Cabernet Sauvignon was named to the Wine Spectator’s Top 10 in the world for 2013, and the #1 Wine in California. Rinaldi’s 45+ years of Napa Valley wine experience enables him to produce wines that showcase his masterful blend of traditional French techniques with ultra-high premium fruit.

Tom leads all winemaking strategies and cellar responsibilities, vineyard selections and crop management, and masterfully assembles all final blends – bringing his art, science, and nature together in harmony and balance.

Always the avid learner, Tom loves everything from anticipating the vineyards’ seasons to experimenting with new methodologies and technologies, always open to innovative practices alongside traditional methods. Tom resides with his wife and daughter in St. Helena, where you will either find him in the vineyard, the cellar, or riding his bike throughout the Napa Valley.

About the Winery
Patent Wines
Started by legendary winemaker Tom Rinaldi and Eric Risch, Patent Wines is derived from over 45 harvests and lengthy experience and know-how, paired with Bordeaux best practices.
Learn more

Wine club members gain exclusive access to our private virtual concierge. Join the Club
We use cookies on our website to give you the most relevant experience by remembering your preferences and repeat visits. By clicking “Accept”, you consent to the use of ALL the cookies.
Do not sell my personal information.
Cookie SettingsAccept
Manage consent
Privacy Overview:
This website uses cookies to improve your experience while you navigate through the website. Out of these, the cookies that are categorized as necessary are stored on your browser as they are essential for the working of basic functionalities of the website. We also use third-party cookies that help us analyze and understand how you use this website. These cookies will be stored in your browser only with your consent. You also have the option to opt-out of these cookies. But opting out of some of these cookies may affect your browsing experience.
Necessary Always Enabled
Necessary cookies are absolutely essential for the website to function properly. These cookies ensure basic functionalities and security features of the website, anonymously.
Functional
Functional cookies help to perform certain functionalities like sharing the content of the website on social media platforms, collect feedbacks, and other third-party features.
Performance
Performance cookies are used to understand and analyze the key performance indexes of the website which helps in delivering a better user experience for the visitors.
Analytics
Analytical cookies are used to understand how visitors interact with the website. These cookies help provide information on metrics the number of visitors, bounce rate, traffic source, etc.
Advertisement
Advertisement cookies are used to provide visitors with relevant ads and marketing campaigns. These cookies track visitors across websites and collect information to provide customized ads.
Others
Other uncategorized cookies are those that are being analyzed and have not been classified into a category as yet.
SAVE & ACCEPT
Powered by