American wine culture is changing. Sommeliers at renowned Michelin Starred restaurants can be found donning tattoos to the wrist and sporting abundant albeit well groomed facial hair. Quality wines can now be poured from boxes that are sold at more reputable locations than your friendly neighborhood American Wine Culture, Somms with tattoos Mini-Mart. Guests at even the most casual of get-togethers are arriving with Old World Cabernet Sauvignon and California Chardonnay in hand instead of twelve packs of the Champagne of Beer. Food and wine pairings are beginning to lean more toward interesting flavor relationships instead of traditional pairing rules. Think cheeseburgers and Lambrusco (trust me on this one) or spicy guacamole with bright, refreshing German Riesling. This new age in wine is creating an approachability that has even the most novice wine enthusiast lingering a bit longer in their local grocery’s wine aisle. Wine in America is becoming the choice beverage for even the least traditional of drinkers.

This change in attitude can be attributed in part to the highly regarded American wine making regions that have created a certain level of home team pride. Americans are taking interest in the wines that are successfully being grown and harvested in our own backyard. AVAs like Sonoma and Willamette Valley to name a few are creating arguably some of the most interesting and complex wines in the world. And in the same sense that even the most upscale American eateries are ditching the formal table service, wine makers are straying from traditional vinification techniques in favor of experimentation. New World wine producing countries are not required to adhere to the same restrictive regulations that are in place in Old World appellations. Think of New World wines as the foolhardy younger sibling, often disavowing familial teachings in favor of the unexpected. These younger winemaking regions have adapted their production to modern conveniences and have experimented – and succeeded – in growing grape varietals in climates once considered unsuitable like the cold, damp climates of the Pacific Northwest. These contemporary winemaking techniques have earned New World wine producing countries respect the world over for their trailblazing boldness. 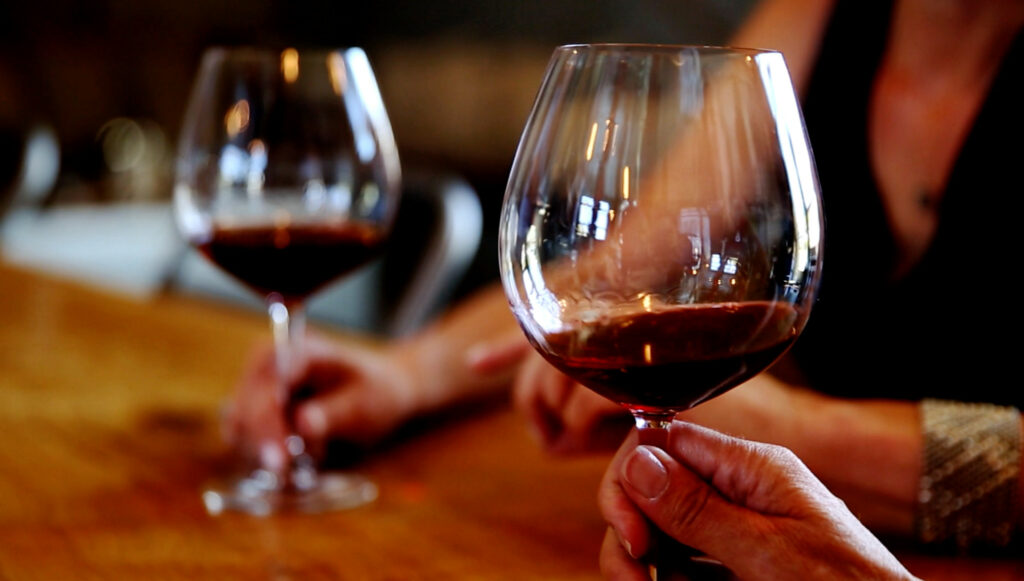 Another significant factor in the rise of American wine drinking is the wine itself. New World wines for which Americans have developed a hearty thirst offer more fruit forward and pronounced flavors that are easily enjoyed and adaptable, quashing the conventional notion that wine is only for the most high-bred palate. New World wines – especially those from warmer climates like Chile, Australia and parts of the Western United States – allow for the development of more ripe fruit characteristics. Typically the lengthy ripening process lends to wines that are more full bodied and alcoholic, thus creating complex and well rounded flavor profiles that are suitable for drinking even without aging. However, many of these New World wines do see some oak aging which only helps to develop more pronounced, interesting qualities to the personality of the wine. 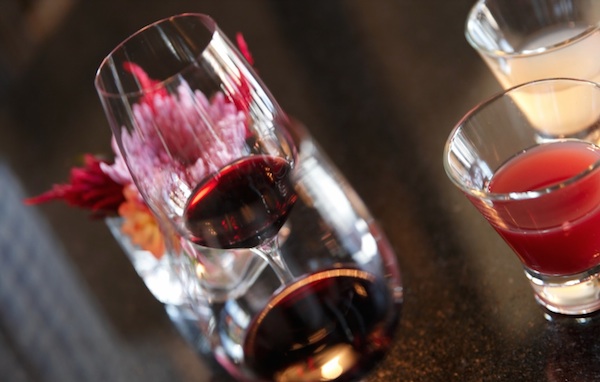 New World wines have allowed a community of enthusiastic neophytes to tip toe gradually into the beautiful and admittedly complicated world of wine. These vintages with their ripe red fruit and tropical flavor notes have allowed inexperienced palates to not only recognize great wine but to develop preferences. No longer does the American wine market find that Cabernet Sauvignons are saved only for celebratory steak dinners. Rosé wines are no longer assumed to be drunk only by ladies in fine hats at Sunday garden parties. Wine is becoming a healthy and important part of American culture, sparking conversation and education.

American wine culture is changing indeed. Changing for the better.

TAGS: American Wine CultureChardonnayfood and wine pairingsNew world winesnewsOld world winesrose
Previous Blog Posts
2014 Inspiration Vineyards Harvest Report
2017 Napa Vintage Update | Winemaker Keith Webster
5 Stories of Latino Vintners in Napa Valley | Hispanic Heritage Month
5 Wine Tasting Party Ideas
5 Women Owned Wineries and Female Winemakers To Support Right Now on Cellar Angels
We use cookies on our website to give you the most relevant experience by remembering your preferences and repeat visits. By clicking “Accept”, you consent to the use of ALL the cookies.
Do not sell my personal information.
Cookie SettingsAccept
Manage consent
Privacy Overview:
This website uses cookies to improve your experience while you navigate through the website. Out of these, the cookies that are categorized as necessary are stored on your browser as they are essential for the working of basic functionalities of the website. We also use third-party cookies that help us analyze and understand how you use this website. These cookies will be stored in your browser only with your consent. You also have the option to opt-out of these cookies. But opting out of some of these cookies may affect your browsing experience.
Necessary Always Enabled
Necessary cookies are absolutely essential for the website to function properly. These cookies ensure basic functionalities and security features of the website, anonymously.
Functional
Functional cookies help to perform certain functionalities like sharing the content of the website on social media platforms, collect feedbacks, and other third-party features.
Performance
Performance cookies are used to understand and analyze the key performance indexes of the website which helps in delivering a better user experience for the visitors.
Analytics
Analytical cookies are used to understand how visitors interact with the website. These cookies help provide information on metrics the number of visitors, bounce rate, traffic source, etc.
Advertisement
Advertisement cookies are used to provide visitors with relevant ads and marketing campaigns. These cookies track visitors across websites and collect information to provide customized ads.
Others
Other uncategorized cookies are those that are being analyzed and have not been classified into a category as yet.
SAVE & ACCEPT
Powered by