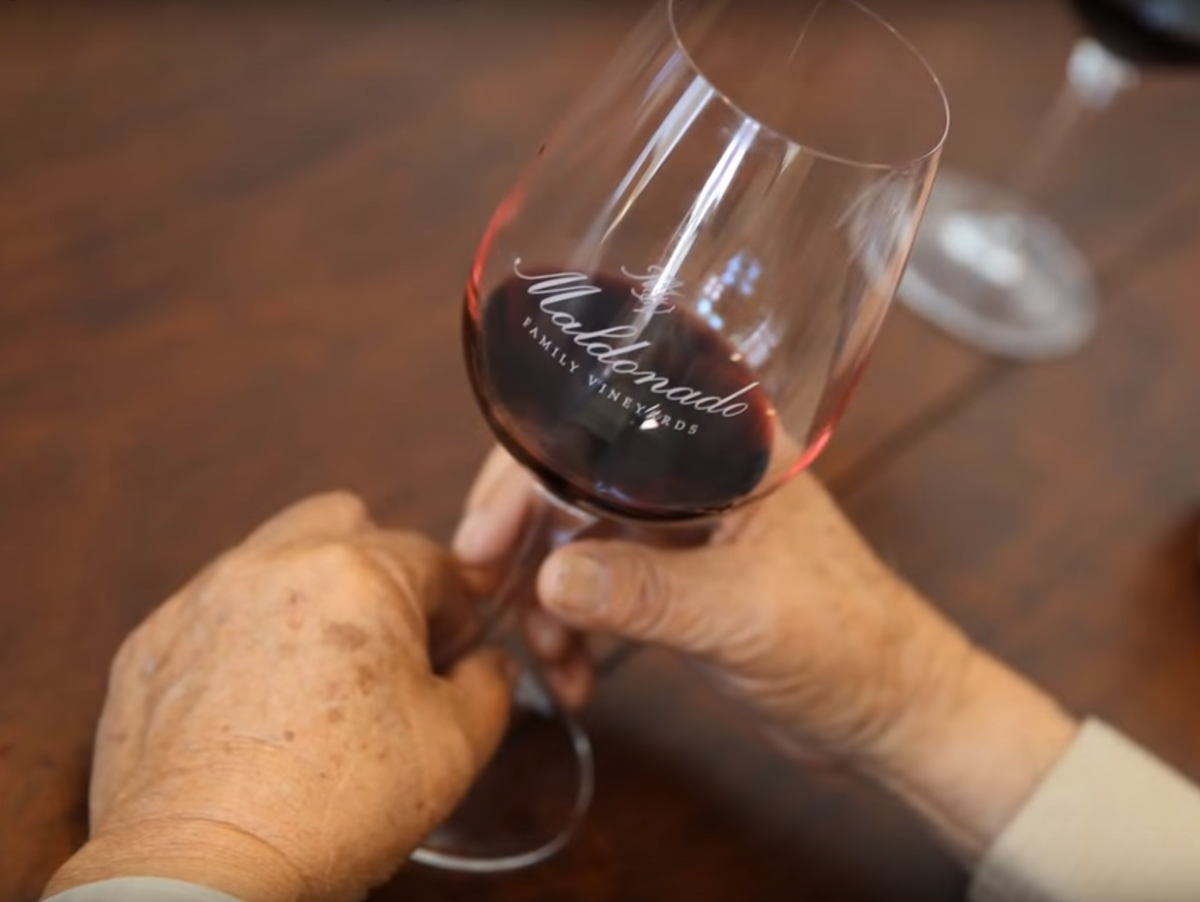 Lupe Maldonado came to the United States for work in the late 1960’s from a small farming community in Michoacán, Mexico. Eventually, he was able to move his family here as he had secured permanent employment in California’s wine country. Lupe spent many years working in the vineyards throughout the world famous Napa Valley, a location that would forever define his and his family’s futures. Ultimately his family settling down in the small town of St Helena.In 1971 Lupe was working for Sterling Vineyards when Peter Newton offered Lupe the opportunity to join him in an exciting new endeavor, the creation of a new winery in the Spring Mountain District of St. Helena.

Lupe’s dedication and hard work were beginning to pay off as he was soon named vineyard manager for Newton Vineyard. With Newton, Lupe found a home where he proudly dedicated all his energy for over thirty years. His son Hugo succeeded him at Newton Vineyard in 1999 after graduating from UC Davis with a degree in Enology and Viticulture.

It was this moment when Lupe realized his American Dream. After devoting three decades of wisdom to the craft of viticulture, Lupe launched a vineyard management business and acquired his own land. The parcel is a 10-acre piece of land in the coolest southern reaches of Napa Valley, in Jamieson Canyon, which he developed into his own vineyards. To this day, Lupe lives in the midst of the vines that he planted and continues to cultivate.

Today, Maldonado Vineyards is owned and run as a family business. They believe when you put your name on the label of wine, dedication to the highest quality is paramount. The family takes pride in their winery and vineyards, and that pride is steeped in appreciation for Lupe’s history and life journey.

TAGS: Maldonado Family Vineyards
Previous Blog Posts
2014 Inspiration Vineyards Harvest Report
2017 Napa Vintage Update | Winemaker Keith Webster
5 Stories of Latino Vintners in Napa Valley | Hispanic Heritage Month
5 Wine Tasting Party Ideas
5 Women Owned Wineries and Female Winemakers To Support Right Now on Cellar Angels
We use cookies on our website to give you the most relevant experience by remembering your preferences and repeat visits. By clicking “Accept”, you consent to the use of ALL the cookies.
Do not sell my personal information.
Cookie SettingsAccept
Manage consent
Privacy Overview:
This website uses cookies to improve your experience while you navigate through the website. Out of these, the cookies that are categorized as necessary are stored on your browser as they are essential for the working of basic functionalities of the website. We also use third-party cookies that help us analyze and understand how you use this website. These cookies will be stored in your browser only with your consent. You also have the option to opt-out of these cookies. But opting out of some of these cookies may affect your browsing experience.
Necessary Always Enabled
Necessary cookies are absolutely essential for the website to function properly. These cookies ensure basic functionalities and security features of the website, anonymously.
Functional
Functional cookies help to perform certain functionalities like sharing the content of the website on social media platforms, collect feedbacks, and other third-party features.
Performance
Performance cookies are used to understand and analyze the key performance indexes of the website which helps in delivering a better user experience for the visitors.
Analytics
Analytical cookies are used to understand how visitors interact with the website. These cookies help provide information on metrics the number of visitors, bounce rate, traffic source, etc.
Advertisement
Advertisement cookies are used to provide visitors with relevant ads and marketing campaigns. These cookies track visitors across websites and collect information to provide customized ads.
Others
Other uncategorized cookies are those that are being analyzed and have not been classified into a category as yet.
SAVE & ACCEPT
Powered by