Established in 1866 by Italian immigrant Giacomo Migliavacca, Migliavacca Wine Company was born out of aspiration and tradition in Napa City.

This downtown winery ruled its proliferation for the next five decades: the city’s first self-made millionaire, the county’s first patent holder, the state’s largest wine producer. In 1869 Giacomo became the first Napa County resident to receive a U.S. patent for his “Wine Bottling and Corking Apparatus”. In a few short years, Migliavacca Wine Co. became an award winning winery, a household name, and was considered one of the largest and most extensive manufacturing enterprises in California. 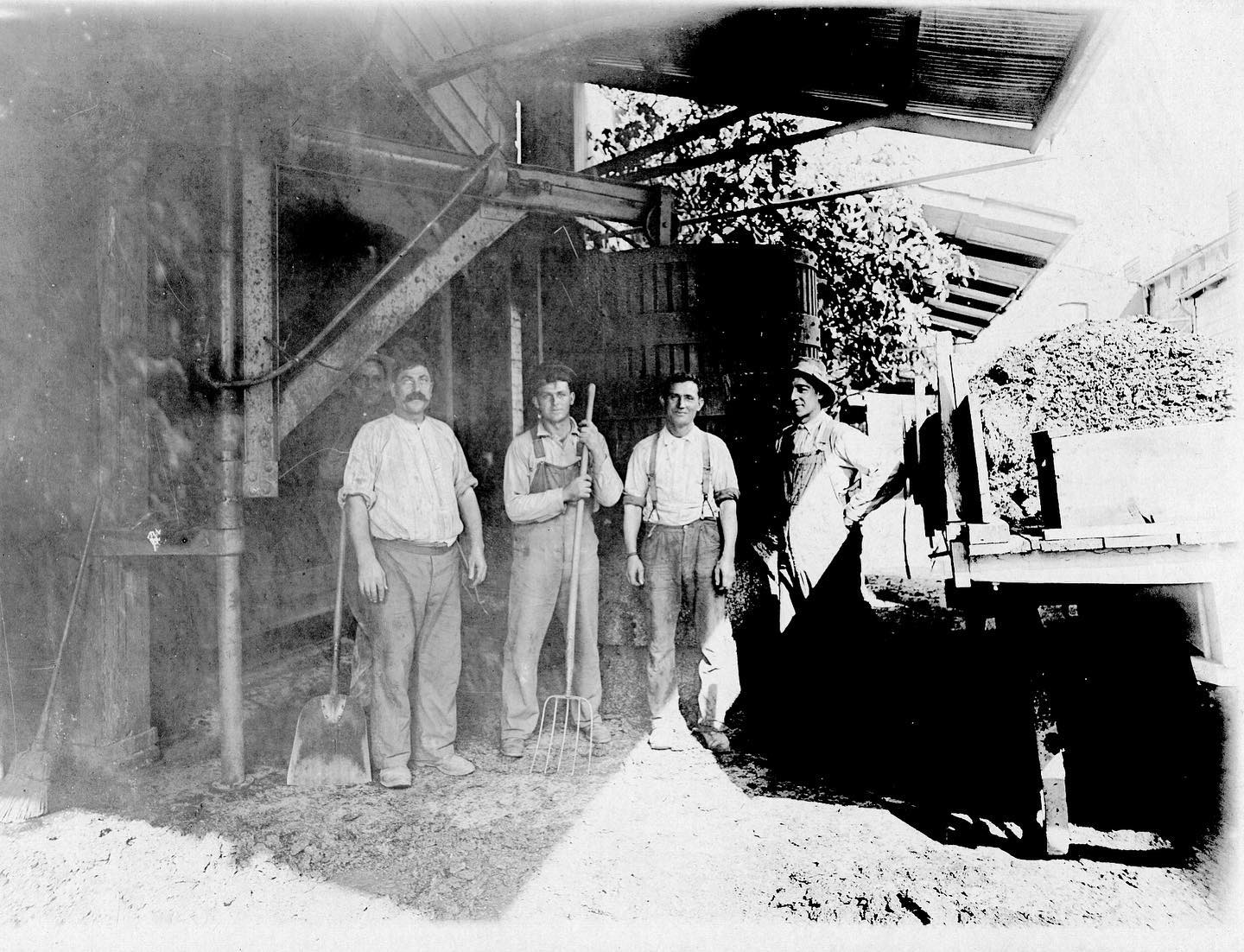 An official winery was constructed of brick in 1874 on the Napa River at Fifth and Main. The winery site occupied an entire city block, which is now home to the present-day Napa County Library site. It was an 80 foot by 100 foot two-story brick building and there was a distillery in connection with it. Giacomo later expanded the winery, growing capacity to over 500,000 gallons of wine.

In 1890, the Migliavacca Mansion was designed by local architect William H. Corlett in the Queen Anne style. Constructed of select redwood and Italian slate shingles. The Mansion originally stood on Division Street, on the same property as the winery, but in the 1970’s was moved to 4th St. The home has a three-story turret, and a ballroom on the third floor.

In 1908, Giacomo retired, passing his business to his four sons, who operated until Prohibition. 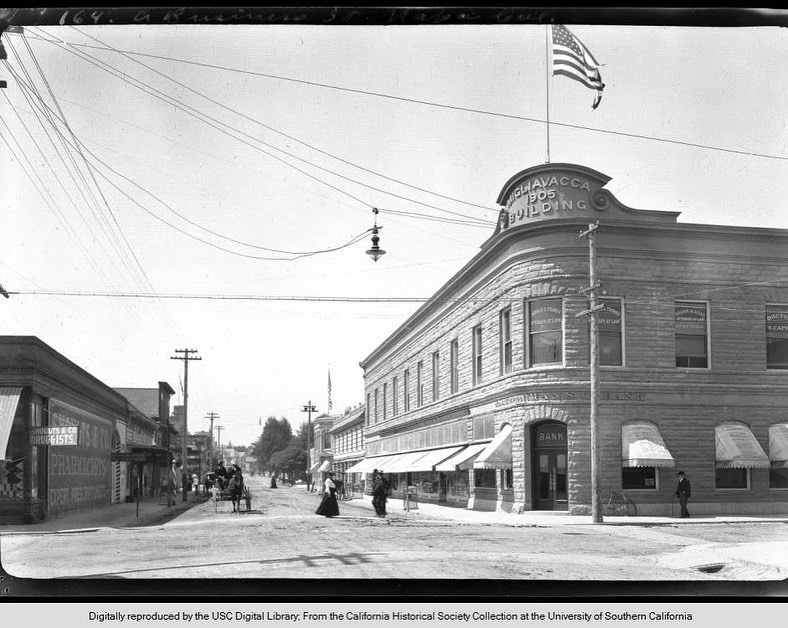 Nearly a century after its disappearance at Prohibition, over 150 years since its founding, the Migliavacca family offers this revival of Napa’s history. Giacomo’s great-great-granddaughter Katie Migliavacca is writing a new chapter by resurrecting this once-prolific business to carry on a family legacy.

With the help of business partner and Winemaker Vincent Traverso these two young entrepreneurs strive to make wines that reflect the passion and creativity that fueled Giacomo’s original vision: to produce wines of excellence and value, with reverence to the importance of family and community.

These principles served as the foundation for this pioneering wine brand, and we hope they will be continued with each bottle shared around the family table by a new generation of wine drinkers. 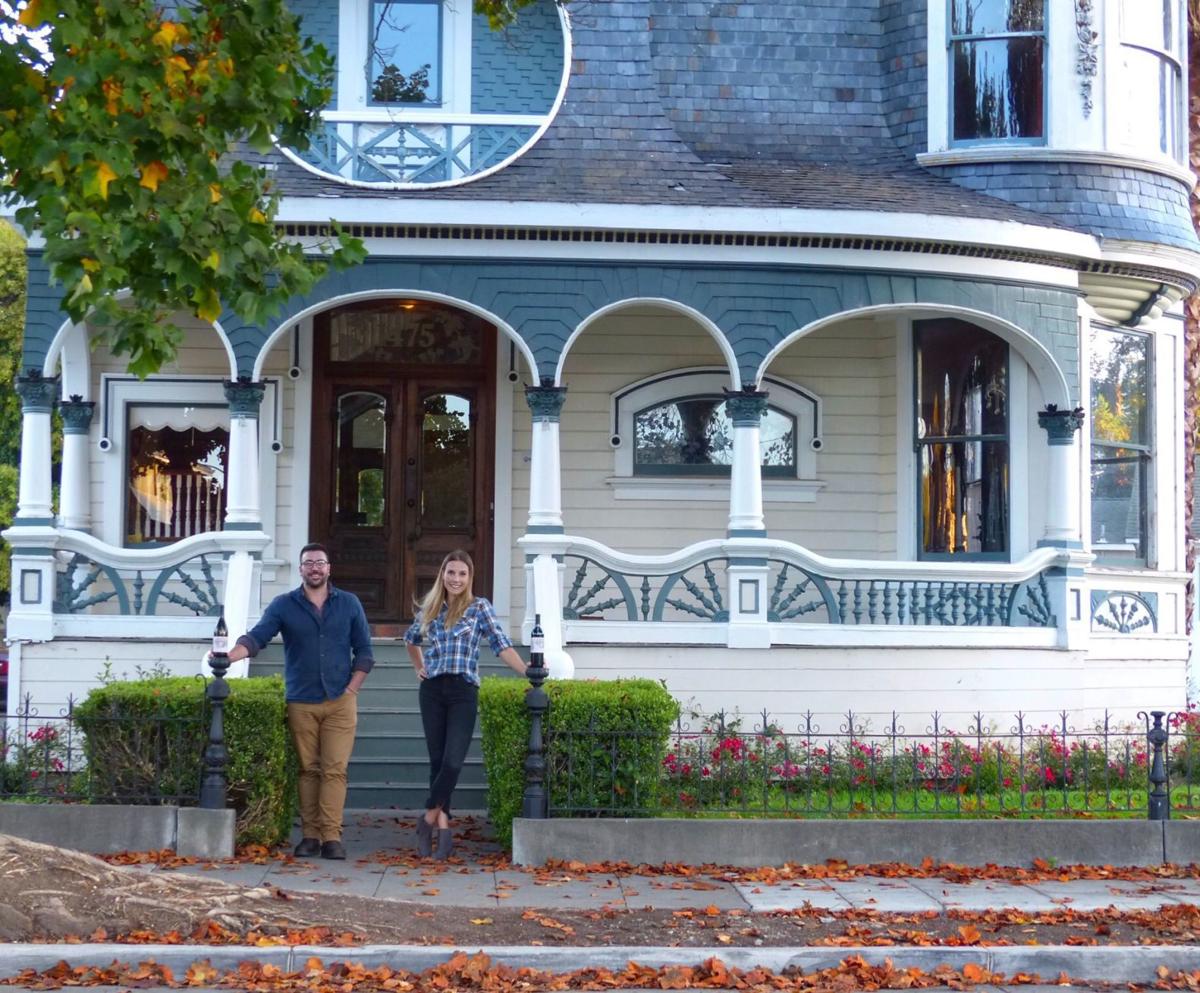 The label is a reproduction of an original; we have enhanced the award Giacomo was most proud of: the gold medal he won at the 1889 Paris Exposition, where he was only one of three California exhibitors to receive a gold.

Katie Migliavacca’s dream and ultimate goal is to bring the winery back to the Migliavacca Mansion in  Napa where she could offer tastings and share her great-great-grandfather’s story and legacy with others.