Red Car was founded by Mark Estrin, Carroll Kemp and Richard Crowell. Mark’s joy of sharing a great bottle of Syrah, his precise palette, extensive knowledge and ability to describe the subtle nuances of wine made him a respected merchant and the perfect mentor for Richard. One afternoon in 1999 the two shared a bottle of Hermitage from the legendary Northern Rhone producer, Jaboulet. The complexity of the wine stunned Richard, and he has loved Syrah since that moment.

In 2000, Mark approached Richard with a proposition; he and a friend, Carroll Kemp planned to try their hand at winemaking. It was a low budget project with big ambitions—the group purchased a ton of Syrah, a fermentation tank, an oak barrel—and set out to make wine. Their first vintage, the year 2000, consisted of 50 cases of Syrah produced in a Culver City garage. The first 50 cases sold quickly, and the three friends declared themselves a “business.” Production moved from the garage to a custom crush facility in Santa Maria and they retained winemaker Tim Spear as an adviser. For the next three years they sourced fruit from a number of vineyards and made wines that met with critical acclaim. Robert Parker praised the Syrah writing “Red Car has the Midas Touch when it comes to producing wines of character and richness.”

In a romantic nod to their California roots, the new venture was named Red Car after the trolley line that ferried riders across Los Angeles for the first half of the twentieth century. 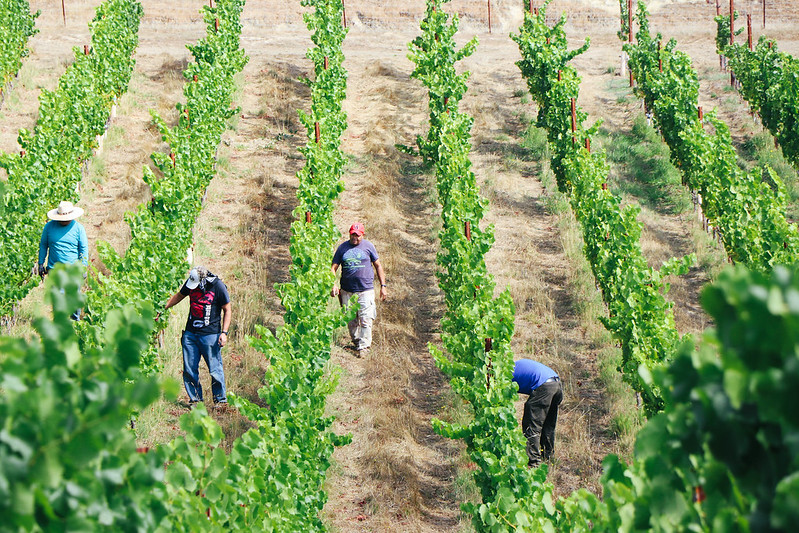 In 2003, the partners purchased 128 acres of land and began developing vineyards in the wild coastal ridges north of Sonoma County’s Bodega Bay, a region now known as the Fort Ross-Seaview AVA. Here, the interplay of warm sunshine, cool Pacific breezes and sandstone soils would yield the age-worthy wines of structure and complexity that had captured their imagination. While remote, they were not alone.  Their neighbors Hirsch, Marcassin, Flowers, Peay and a handful of others had already crafted beautiful wines from vines struggling to produce in this cool and changeable environment.

Unfortunately, in 2005 the three were reduced to two with the passing of their inspiring friend Mark Estrin. It was Mark who led Red Car to produce Pinot Noir, Chardonnay and Syrah on the West Sonoma Coast, and it was Mark who exhorted his partners to develop the Estate vineyard as the heart of the winery. Fittingly, the oldest Syrah vines from the Estate vineyard are now classified as the Estrin Block and are the cornerstone of Cuvee 22, a limited-production lot dedicated to Mark. In 2017, Carroll left Red Car to pursue a personal project. 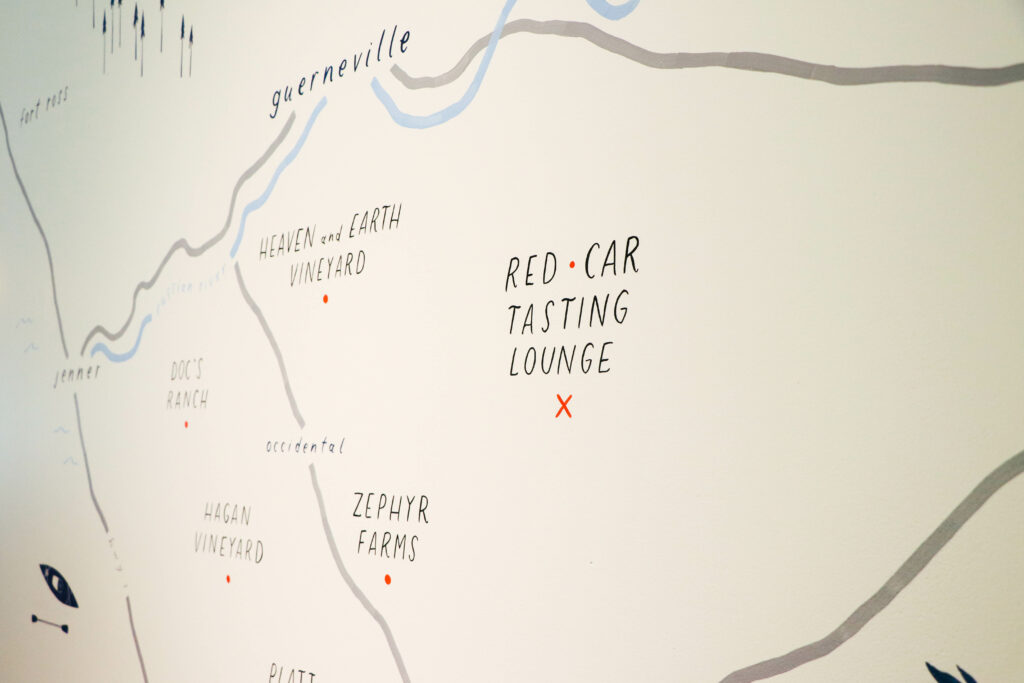 Red Car’s original estate vineyard, planted in 2005, crowns the northwestern corner of King Ridge Road above Fort Ross on the coastline of Sonoma County. It sits at 900–1000 feet and is defined by giant coastal redwoods and the fog-laden Pacific Ocean. The 13.5-acre vineyard is densely planted to multiple clones of Pinot Noir, Chardonnay and Syrah. Over 90% of which are actually heritage field selections such as Jackson 16, Calera and other special “suitcase” budwood. 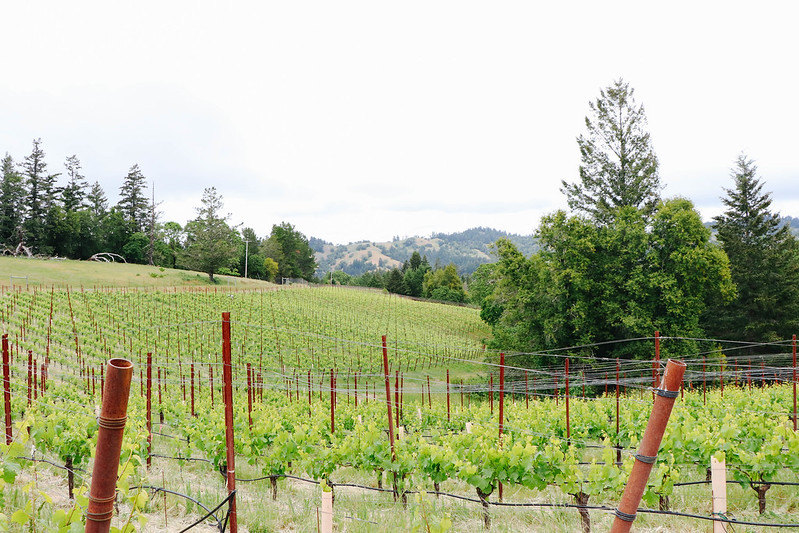 The Heaven & Earth Vineyard is the source for Red Car Heaven & Earth Pinot Noir which has been grown on a 4.5-acre site less than one mile northwest of Occidental. The vines were planted to the winery’s specifications in 2004 using the Calera, Pommard and 828 selections of Pinot Noir.  James Laube of Wine Spectator awarded the 2007 Heaven & Earth 97 points, published a picture of the vineyard, and put an image of the bottle on the cover of the magazine. “Just when you think California Pinot Noir can’t get any better, it does”, he said. Heaven & Earth continues to be one of our most sought after wines today.

The Hagan Vineyard perches high above the edge of the continent fully facing the cold Pacific Ocean on the esteemed Taylor Lane west of Occidental. Dramatic, awe-inspiring and windswept, it produces wines of extraordinary complexity and perfume. Red Car leased this twelve-acre site in 2011, making a thirty-year commitment and utilizing organic farming practices from the beginning. 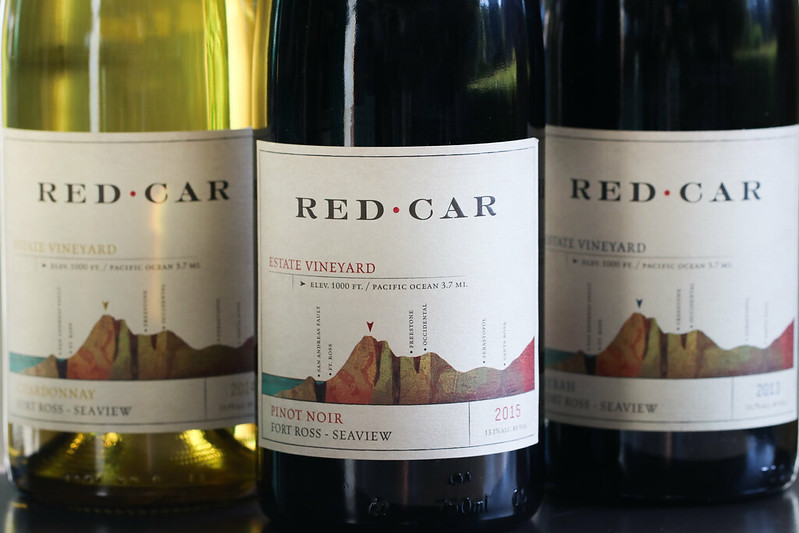 The Red Car team believes that they are stewards of the land—dedicated to being environmentally and socially responsible to the community. Careful practices from Viticulturist/Vineyard Manager Greg Adams include water conservation, drought tolerant cover crops, organic and recycled biomass, selective tillage practices non-toxic pest management. But to them, sustainability goes beyond farming practices in the vineyards; it’s who they are.

The Team credits the success of their wines to the close relationship between winemaker and viticulturist, and the years of local knowledge their team has developed. 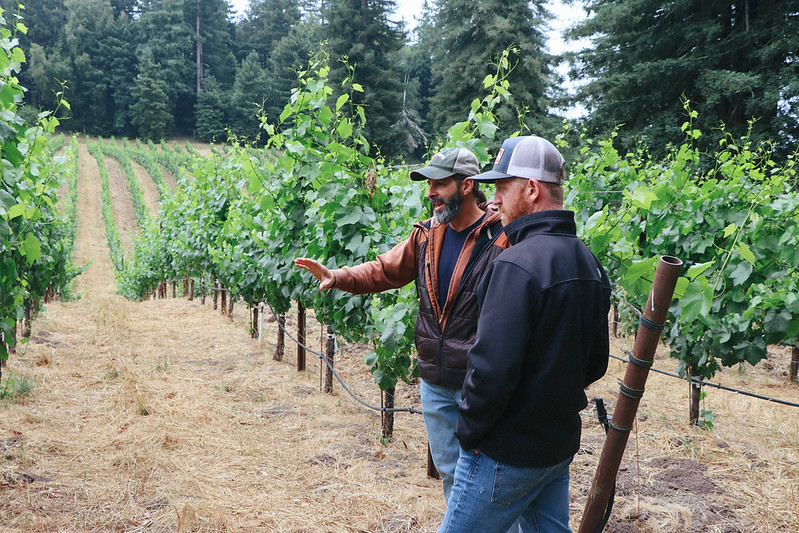 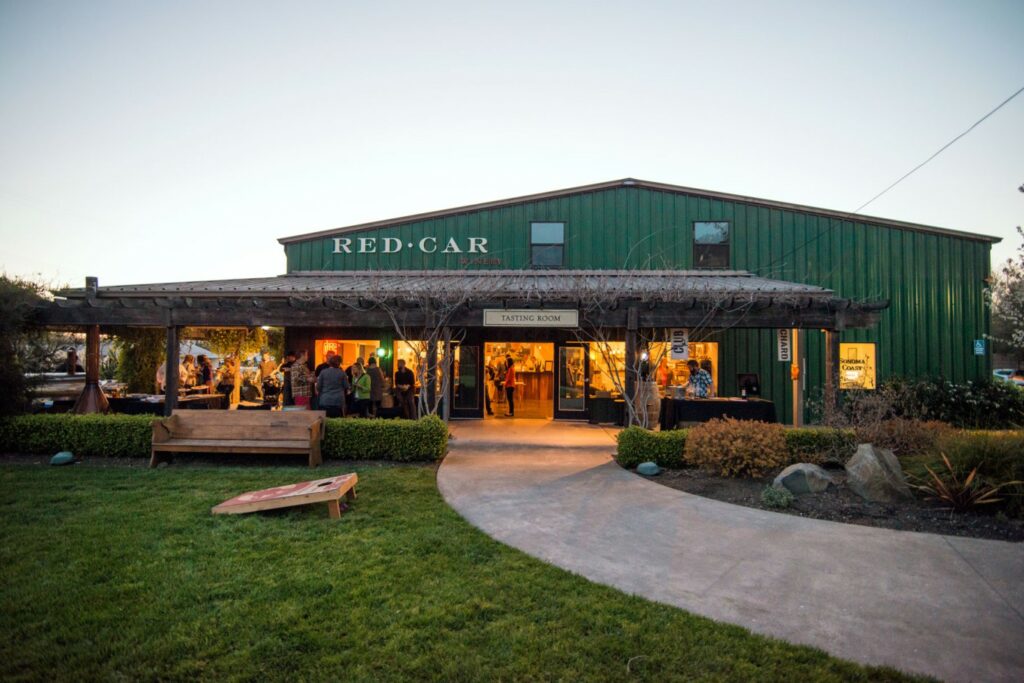 “When it’s your own vineyard, you’re not just selling a bottle of wine. You’re selling your hard work, your time, your imagination, your hopes and dreams.” –Mark Estrin